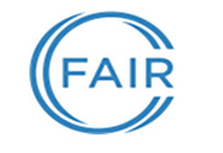 An Evening with Meg Smaker and Bari Weiss

An Evening with Meg Smaker and Bari Weiss

Please join the Foundation Against Intolerance & Racism (FAIR) for a special evening with author, journalist, and FAIR Advisor Bari Weiss, and documentary filmmaker Meg Smaker. You are invited to enjoy a screening of Smaker’s new documentary, Jihad Rehab, followed by a Q&A with Smaker and Weiss.

Twenty years after the Guantanamo Bay detention camp was established by the U.S. military in the wake of 9/11, its legacy continues to cast a long shadow. Jihad Rehab, which premiered at the Sundance Film Festival, focuses on several men—detained in Guantanamo for years without charge by the United States—after they are placed in what’s billed as the world’s first rehabilitation center for extremists. There, they undergo the center’s “deradicalization” program, which includes therapy sessions and life skills classes, before they are permitted to be released into an unfamiliar society where they will face new challenges. With empathy and extraordinary access, this film is a powerful document of how individuals and societies face the far-reaching consequences of conflict.

About the Filmmaker: Before becoming a filmmaker, Meg Smaker served as a firefighter for six years. She spent over a decade living and working in the Middle East, five of them in Yemen, where she learned Arabic and studied Islam while teaching firefighting to Yemeni men. Smaker received an MFA in Documentary Film from Stanford University, and her short films have won numerous awards, including Best Short Documentary at SXSW and a Student Academy Award.

About the Moderator: Bari Weiss is the editor of Common Sense and the host of the podcast Honestly. From 2017 to 2020, Weiss was an opinion writer and editor at The New York Times. Before that, she was an op-ed and book review editor at The Wall Street Journal and a senior editor at Tablet Magazine. Weiss is the winner of the LA Press Club's 2021 Daniel Pearl Award for Courage and Integrity in Journalism. She is also the winner of the Reason Foundation’s 2018 Bastiat Prize, which honors writing that “best demonstrates the importance of freedom with originality, wit, and eloquence.” In 2019, Vanity Fair called Weiss the Times's "star opinion writer." Weiss is a proud Pittsburgh native. Her first book, How to Fight Anti-Semitism, was the winner of a 2019 National Jewish Book Award. She lives with her wife in Los Angeles.

Parking is not provided, nor does the venue validate parking. Guests may park in public parking and/or paid parking areas near the venue.

If you have any questions about this event, click the button below.

We sent an email to you with your ticket information. If you do not see an email in the next few minutes, please check your spam folder.

We sent an email to you with your donation information. If you do not see an email in the next few minutes, please check your spam folder.

Thank you for supporting Foundation Against Intolerance & Racism, a project of United Charitable, a registered 501c(3) nonprofit organization EIN #20-4286082. In accordance with IRS regulations, your transaction is tax-deductible to the fullest extent permitted by law. United Charitable has exclusive legal control over the assets contributed.