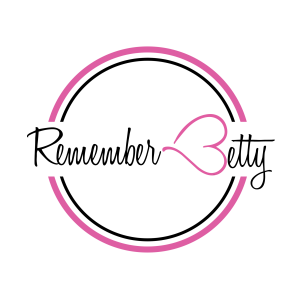 After the death of his mother, Betty, from breast cancer in 1999, New Kids On The Block member Danny Wood searched for a way to keep her memory alive. During his break from NKOTB in the 90’s and early 2000’s, he partnered with well known breast cancer charities to help raise funds for breast cancer research & early detection. The return of NKOTB in 2008 gave Danny a larger audience for the story of his mother and her fight against breast cancer. Fans began walking & raising money directly for these charities at breast cancer awareness races across the US and Canada in 2009. Rallying behind their brother, the members of NKOTB created pink ribbon items to sell during their reunion tour. Using his mother’s memory as inspiration, Danny released a solo album, ‘Stronger: Remember Betty’, with all proceeds being donated directly to a well known breast cancer charity.

In 2015, unsatisfied with the status quo of larger breast cancer charities, Danny ventured out to make Remember Betty a 501c3 organization. There was an immediate and impactful rally of support from donors and volunteers who had grown weary of donations going to pay excessive CEO salaries instead of in to programs that helped their loved ones and neighbors.