Congenital Cytomegalovirus, or CMV, is the most common viral infection, and the leading non-genetic cause of hearing loss, that infants are born with in the United States. Every pregnant woman is at risk of acquiring CMV. And only 9% of women know about it.

The National CMV Foundation is dedicated to promoting awareness, providing access to resources, and sharing prevention information to eliminate congenital CMV.  Our mission is to prevent pregnancy loss, childhood death, and disability due to congenital CMV.

In 2019, Patrick and Farah Armstrong joined Jed and Hannah English to host the first Stop CMV Charity Golf Tournament.  This event raised approximately $50,000 for National CMV Foundation.  Thanks to the tremendous support from our community, this event has grown each year!

This year we are proud to have a new 2021 Planning Committee working hard to present this year's 3rd annual tournament.   All proceeds from the tournament benefit National CMV Foundation, and our mission to prevent pregnancy loss, childhood death, and disability due to congenital CMV.  Each member of our planning committee has been personally affected by congenial CMV and we are passionate about raising awareness in our community. 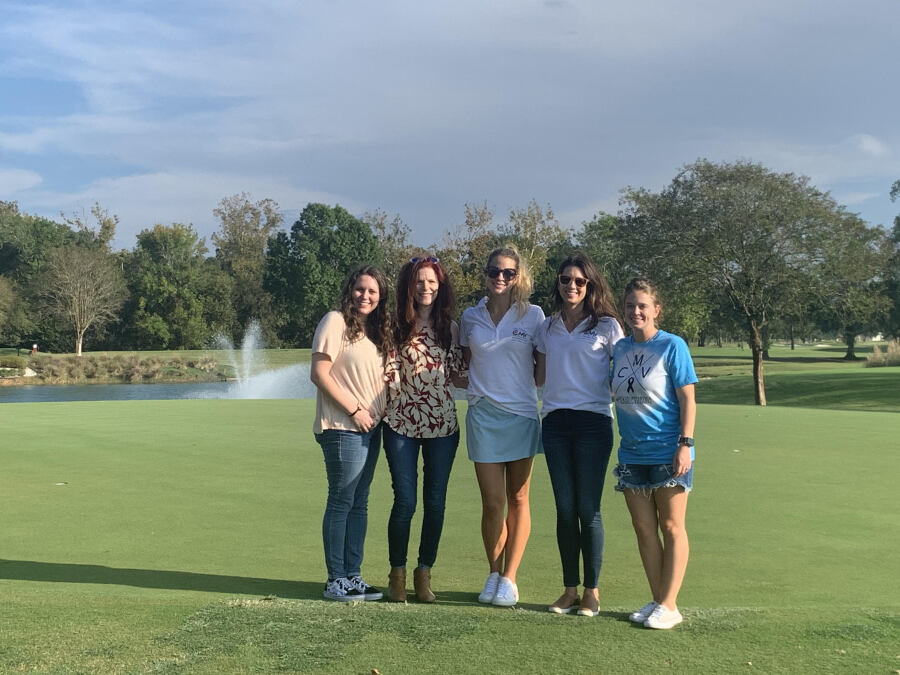 We had never heard of CMV until one hour after our daughter, Madeline Leigh, was born on Jan. 31, 2014.  There were no indications of a problem during my pregnancy and therefore we were shocked to learn that I had contracted a PREVENTABLE virus during my pregnancy that was so devastating to our baby.  Maddie suffered hearing loss, brain calcifications, liver and spleen damage, and her cerebellum (the portion of the brain that controls coordinated movement) had only formed 10%.  Maddie spent ten days in the NICU before we learned the devastating news that she was terminal.  We made the gut-wrenching decision to bring her home on hospice care and Maddie passed away after two days at home.  She was only 12 days old.  We are passionate about raising awareness of congenital CMV in hopes of saving other families the heartache that we have endured.

Maddie's short life forever changed our lives and our hearts.  The Lord has shown us His grace and mercy as He has used her life for His good purpose, and we continue to be amazed by the impact she has in this world.

I had a routine and seemingly healthy pregnancy, so when Evan was born at full term weighing only 5 pounds we were afraid something was wrong. Evan had shown signs of distress through labor, and was born with neutropenia and a small petechia rash. After being admitted to the NICU, she continued to fail the newborn hearing screen in her right ear for 6 days; however, she was never tested for CMV and doctors were puzzled by her symptoms. It was only days after being discharged that the possibility of CMV was ever mentioned by her doctor. To say we were terrified is an understatement, but we were also angry that we were never made aware of this preventable virus and the devastation it can cause.  Evan, now 3 years old, was diagnosed with congenital CMV at two weeks old. She was immediately started on a strong antiviral and  successfully received a cochlear implant a year ago. Evan is such a strong girl who amazes everyone around her, but her diagnoses and learning about cCMV was incredibly difficult for us. We are driven and committed to fight for cCMV awareness, education, and a vaccination.

We had never heard of CMV until our baby girl, McKinley, was 4 weeks old. She was born with petechiae on her face and back, and failed her newborn hearing screen in both her left and right ears. It wasn’t until we were sent to an audiologist that we heard the words CMV. McKinley was tested at 4 weeks old, diagnosed, and started treatment by 5 weeks old. CMV has caused significant damage for our baby. She has bilateral hearing loss where she will be receiving cochlear implants for both ears, she has Polymicrogyria on the right side of her brain that has caused epilepsy, developmental delays, and cerebral palsy. She has had a right hemispherectomy to help with seizures and many hours of physical and occupational therapy. My husband and I are passionate about spreading awareness of such a horrible virus, that is preventable but not educated, or talked about.

Kinsey and The Bakers' Story:

When Skye was born on August 18, 1995, two months early, four year old me donned my "I'm a Big Sister" shirt to go see my new baby brother. I didn't know that he had been delivered via emergency C-section after being diagnosed with Intrauterine Growth Restriction at the 30 week ultrasound or that the NICU doctors were scrambling to figure out what was causing his Petechiae, Hepatosplenomegaly, low platelet count, and low oxygen saturation. Despite being a major hospital in the Houston suburbs, none of the doctors had any experience with cCMV. On October 18, 1995, my parents were called in the middle of the night to come to the hospital immediately. A few hours later, I was brought in, and was finally able to hold my baby brother for the first time. As I looked around and saw the tears, it was only then that I realized that he was no longer in his tiny body, but with God now. For years, I wondered why nobody warned me that he might never come home. I later learned that this was because even with his cCMV diagnosis at 5 days old, the doctors had no idea the severity of his illness, or that even our parents were blindsided when they were awakened by the call. 25 years later, our family is blessed to work together with the National CMV Foundation to pursue our passion for educating others and working to prevent other parents and siblings from experiencing these preventable tragedies.

While the 2021 Planning Committe are our amazing hosts for this event - it's really about the entire CMV family.  Each of the tournament's 18 holes will be dedicated to a CMV family. While each family may not be able to join us on event day, they will be spreading CMV awareness and fundraising to support this event within their own community. 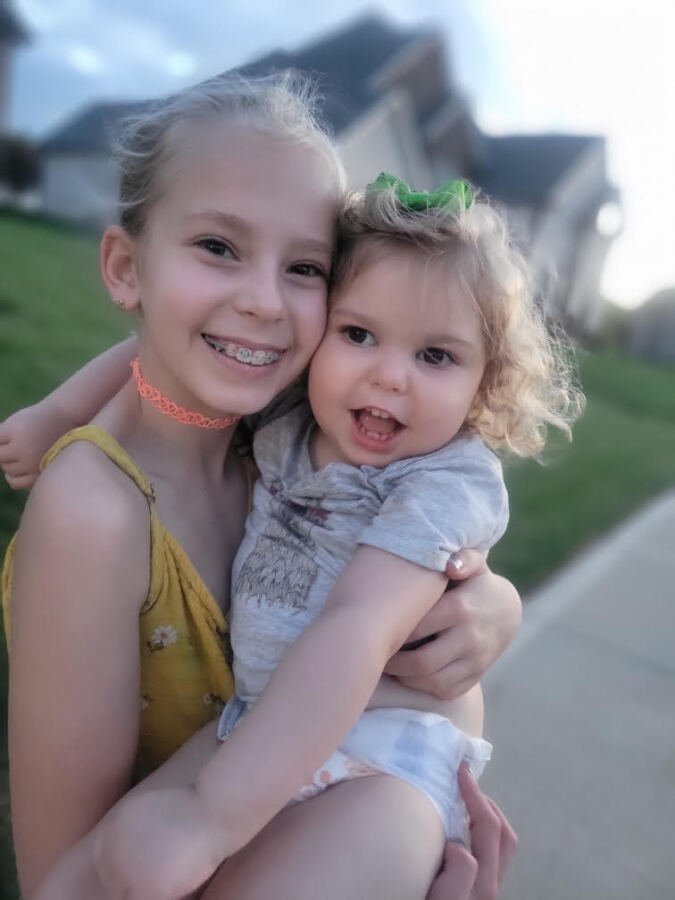 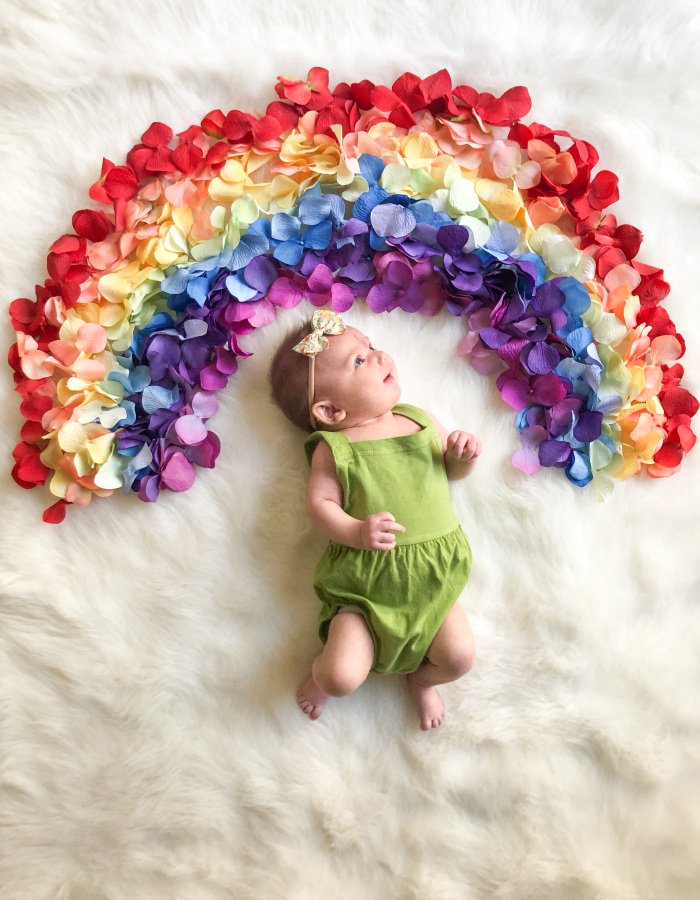 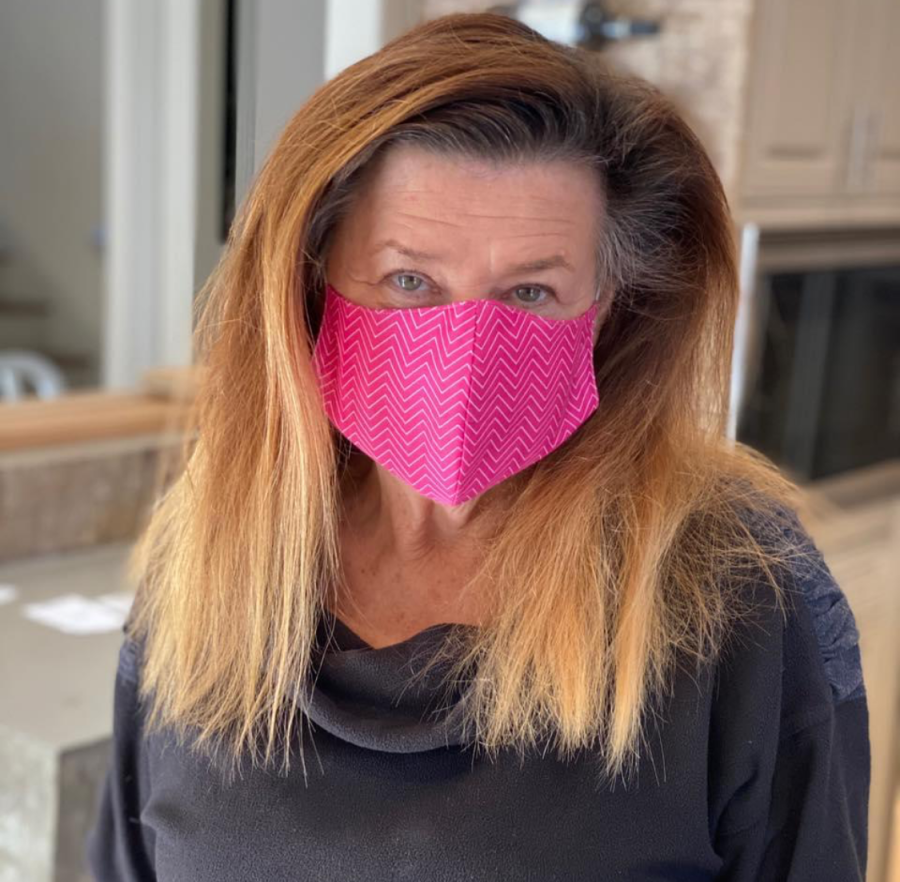 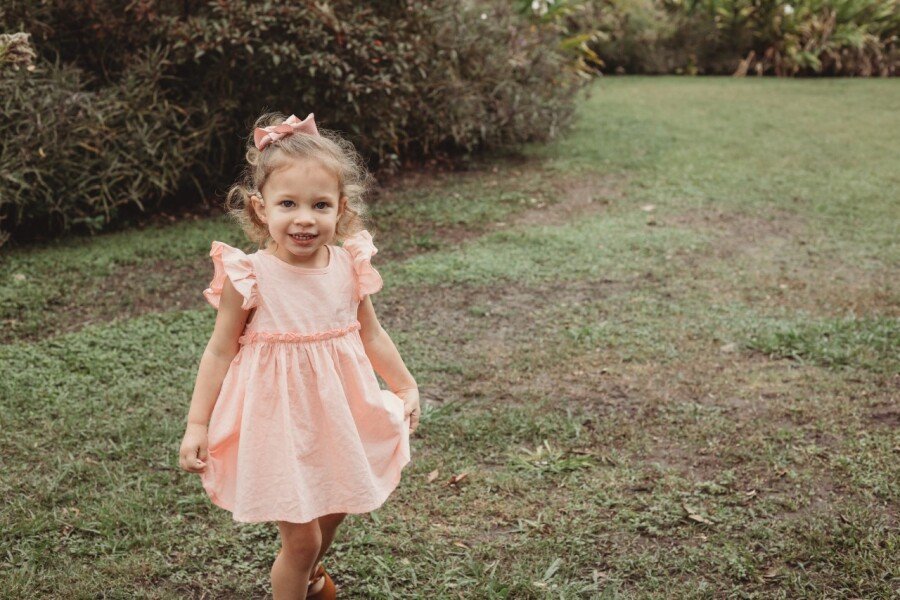 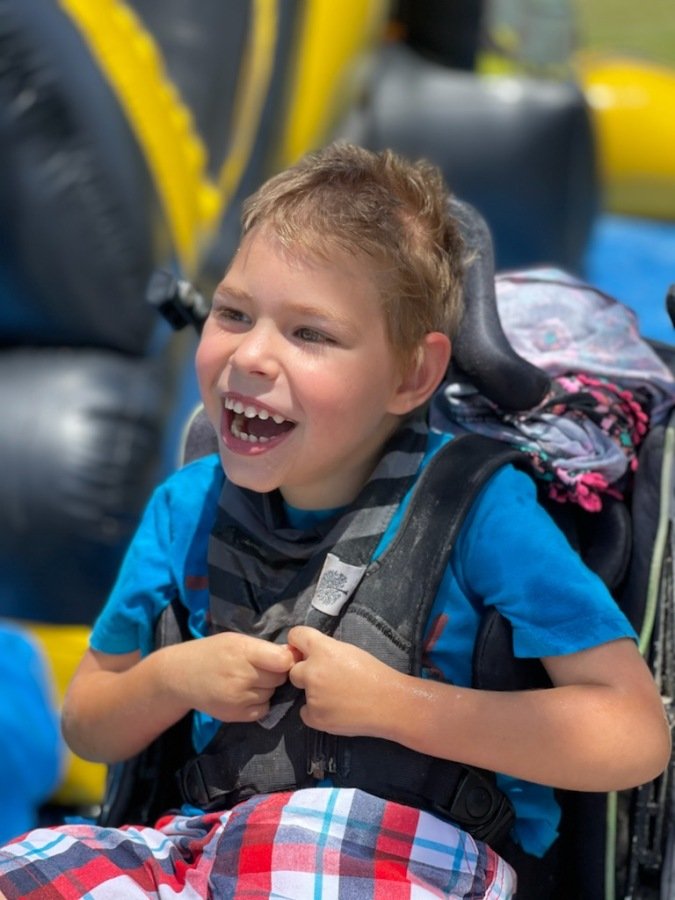 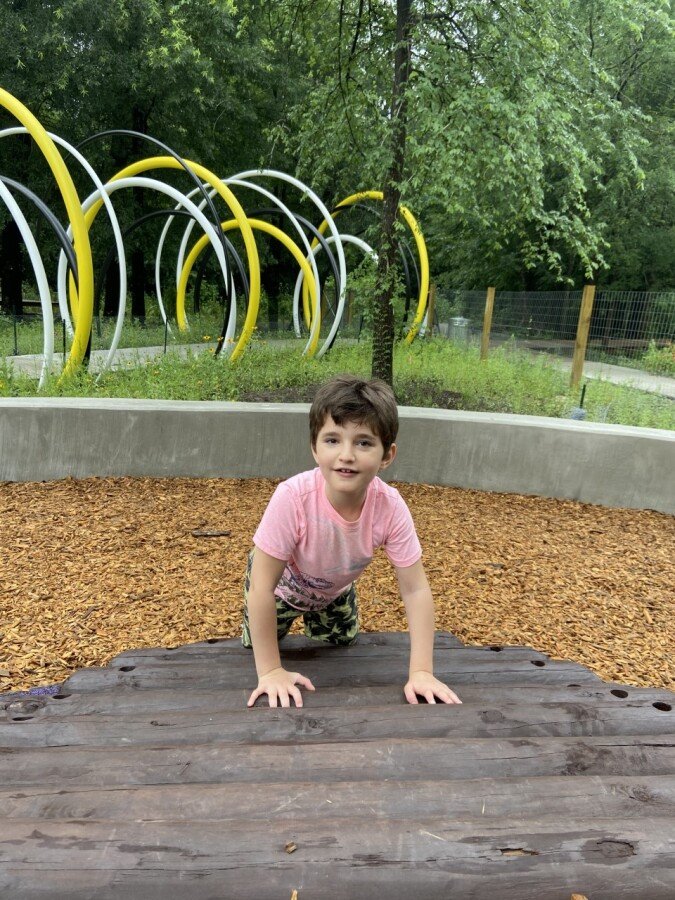 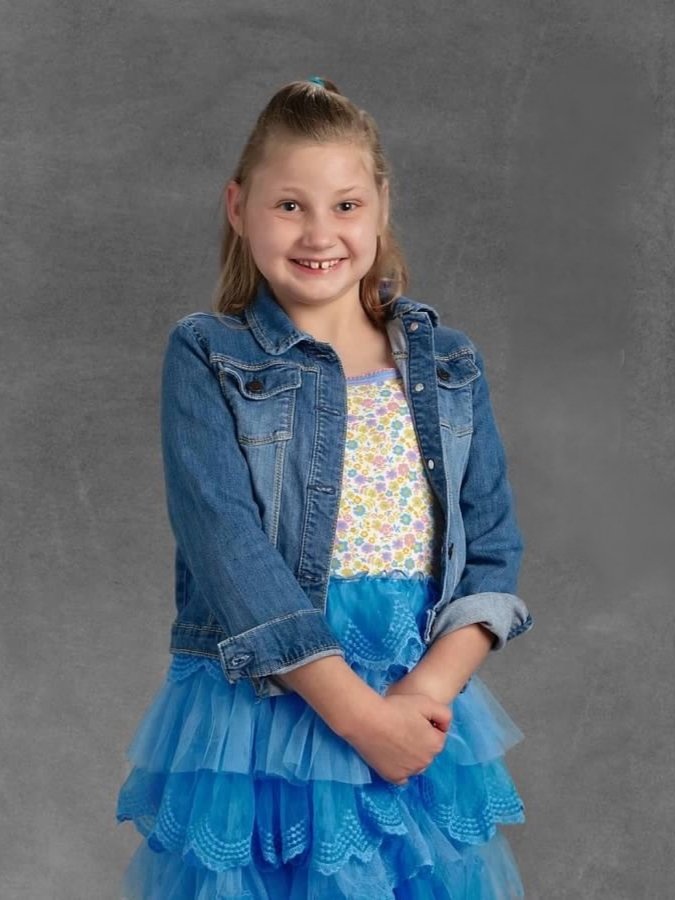 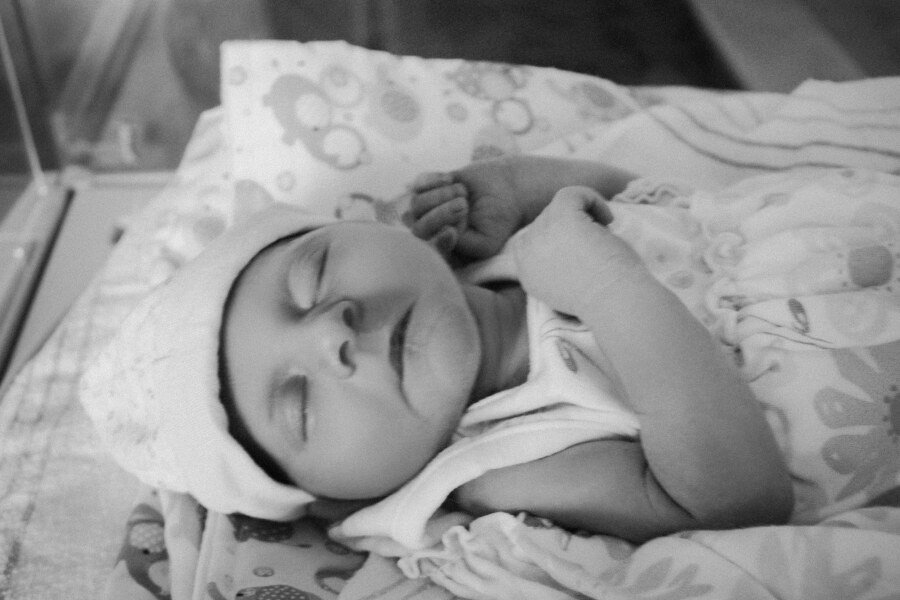 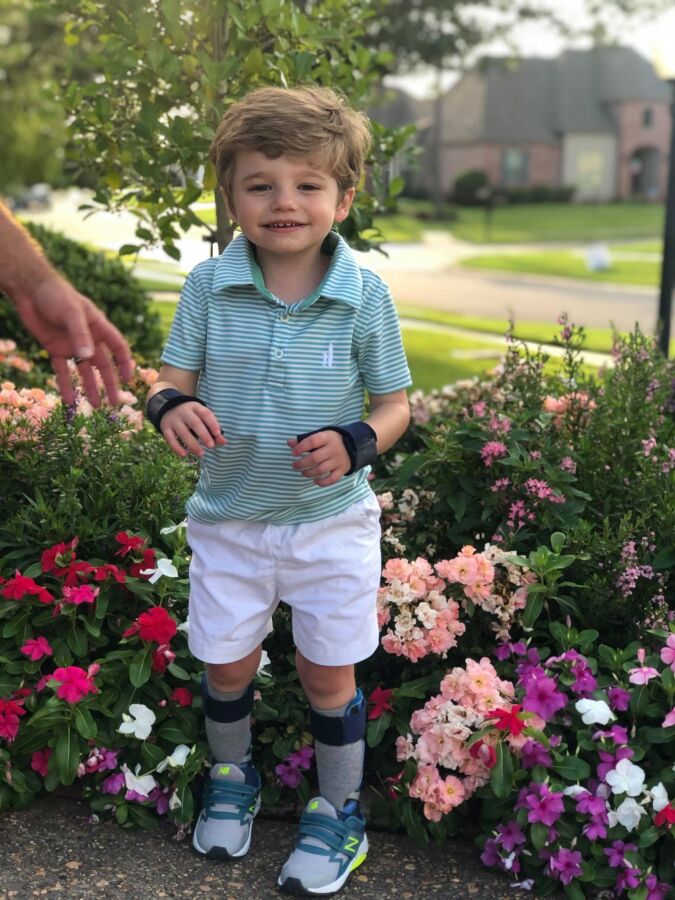 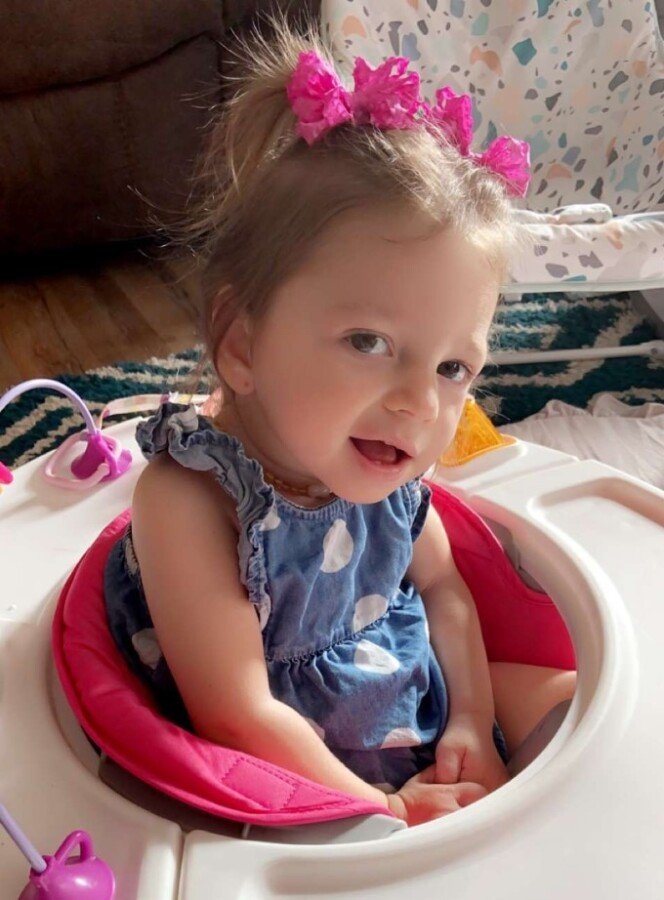 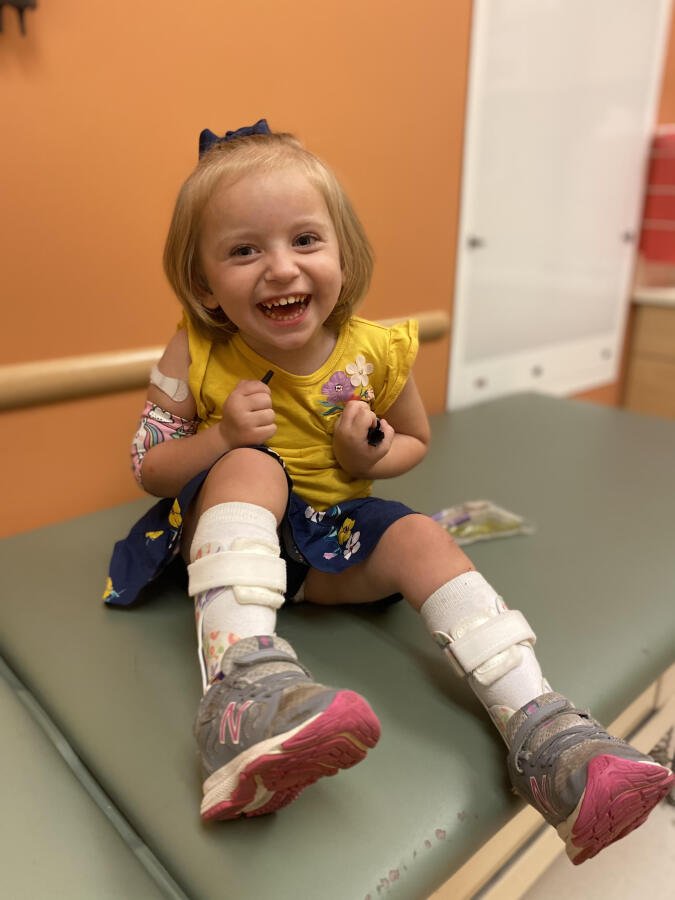 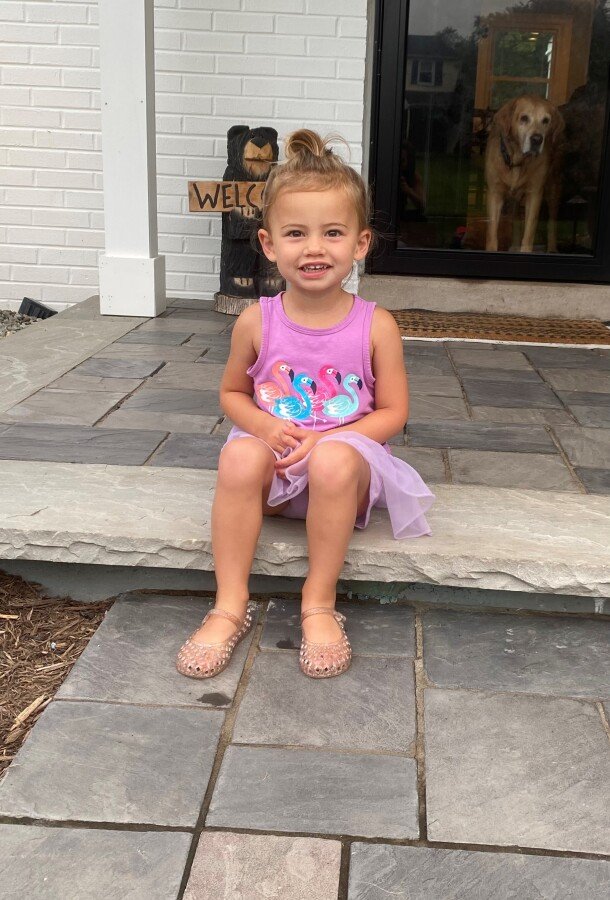 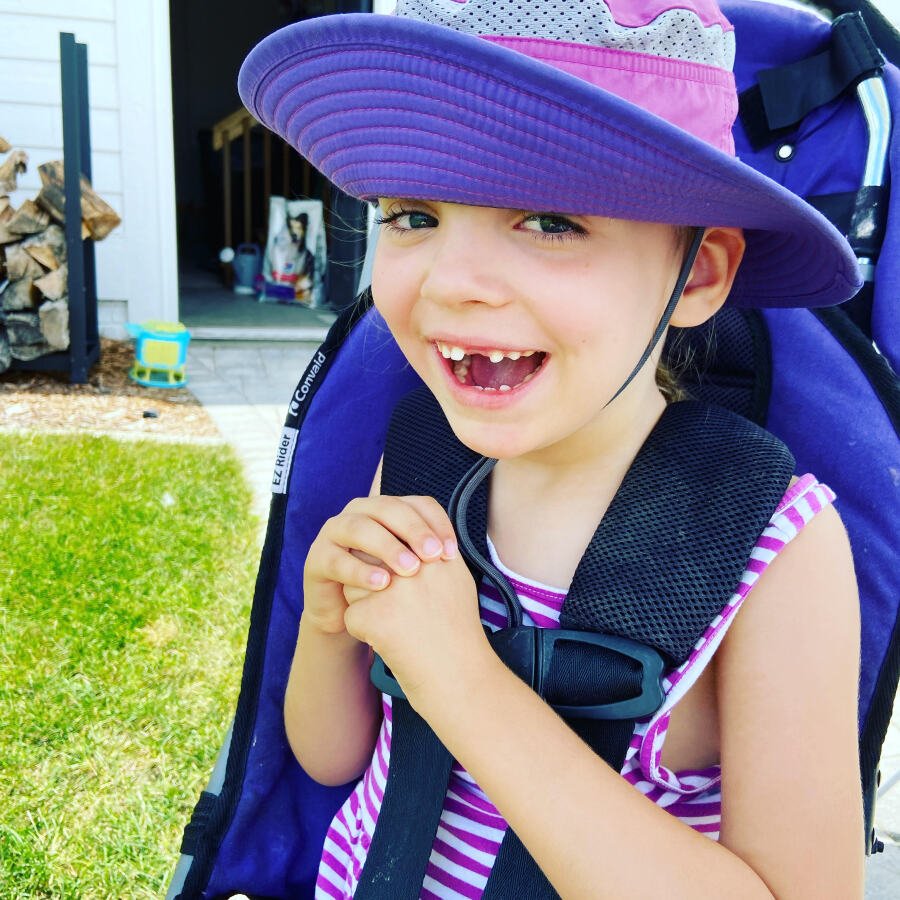 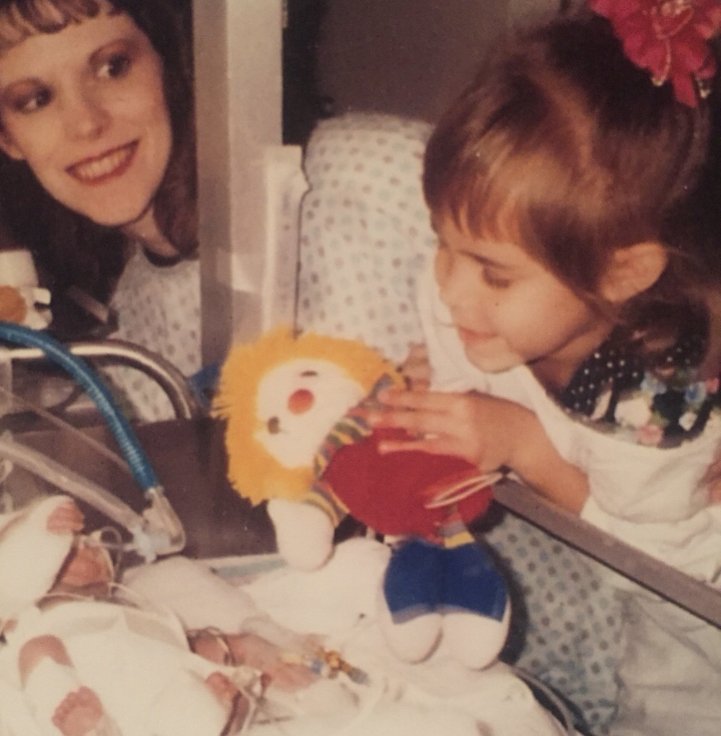 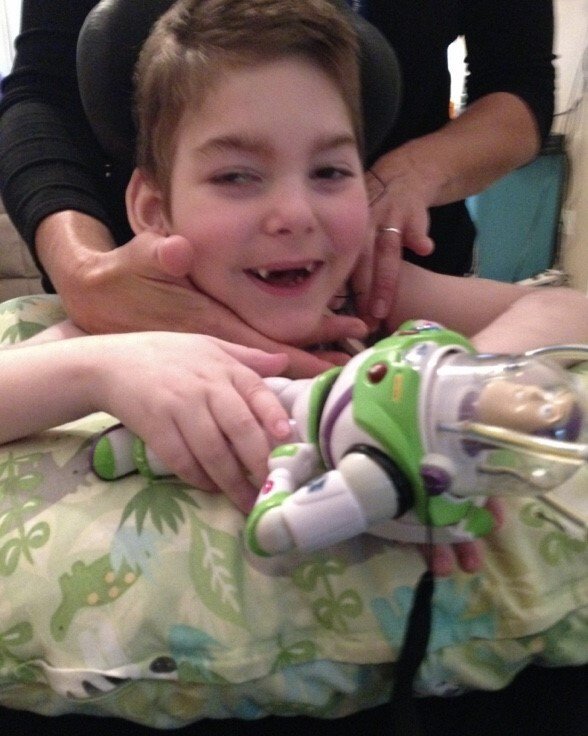 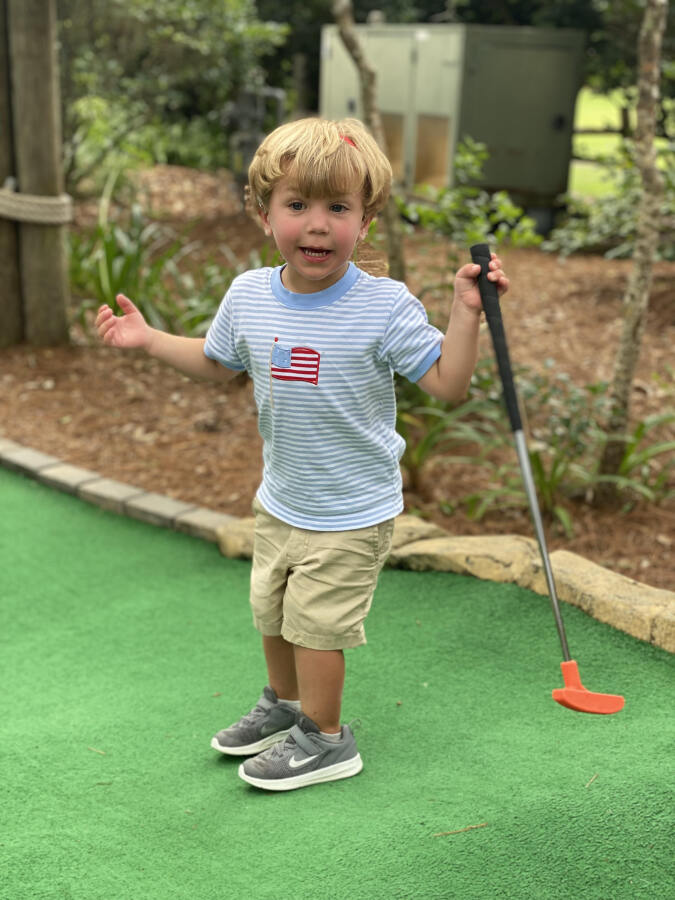 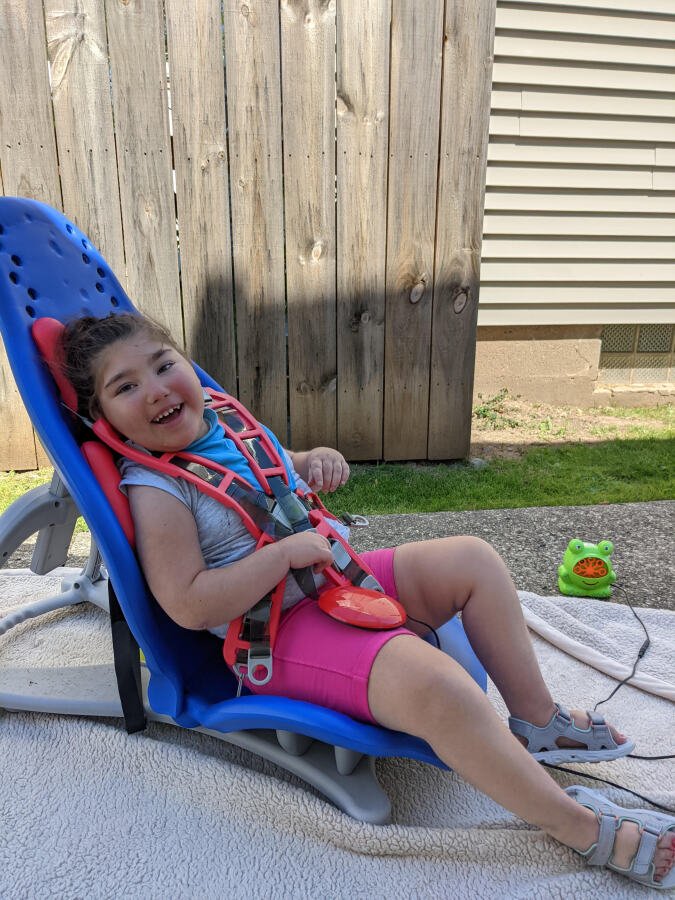 If you have any questions about this event, click the button below.

We sent an E-mail to you with your ticket information. If you do not see an E-mail in the next few minutes, please check your spam folder.

We sent an E-mail to you with your donation information. If you do not see an E-mail in the next few minutes, please check your spam folder.