Before Michael Vick, the NFL had a singular view of what a quarterback should be. But once Michael burst onto the scene in 2001 as a rookie for the Atlanta Falcons, every preconceived notion of what an NFL quarterback could do on the field changed forever. Rewriting records, smashing expectations, and setting a new bar for quarterback play, Michael’s NFL career is only part of his remarkable story.

A highly touted, record-breaking high school player coming out of Newport News, Virginia, Michael selected Virginia Tech as his college playing destination. In his first starting season as a redshirt freshman, he made an immediate splash with his dynamic skills, carrying the Hokies to an undefeated season and the Bowl Championship Series national title game. In 1999 he led the NCAA in passing efficiency (180.4), a record for a freshman, and the third-highest all-time mark. Michael also won an ESPY Award as the nation’s top college player, won the first-ever Archie Griffin Award as college football’s most valuable player, and finished third in the Heisman voting. In what seemed like a foregone conclusion, Michael was selected first overall by the Atlanta Falcons in the 2001 NFL draft.

Michael’s impact on the NFL landscape was swift and dramatic. Bringing never-before-seen speed, athleticism and strength to the quarterback position, he revolutionized the game, pushing it forward with his dynamic play and setting the stage for what we now recognize as the modern NFL QB. In his five years with the Falcons, Michael reached three Pro Bowls (2002, 2004 and 2005) and led the team to two playoff appearances, including the NFC Championship in 2004. During his final season in Atlanta, Michael continued to astound, setting the single season rushing record for a quarterback and becoming the first quarterback in NFL history to rush for 1,000 yards in a season. More than just an on-field performer, Michael became a cultural force, redefining what the modern athlete can be.

Following his retirement, Michael continued to stay involved with the game in various coaching roles and more formally in 2017, joining FOX Sports as co-host of the FOX NFL Kickoff Show and as an NFL Analyst for FS1 various shows. Not content to ride into the sunset as one of the most revolutionary players to ever play in the NFL, Michael has also made a major impact in the communities where he has played and lived. This work includes mentoring youth through football camps, speaking engagements, hosting the Nike Holiday Shopping Experience for local youth in Atlanta, working with the Boys and Girls Club and helping to renovate the newly named Michael Vick Teen Center in his hometown of Newport News, Virginia. He has also collaborated with More Than A Vote using his platform to shed light on voter suppression laws impacting formerly incarcerated men and women.

Michael continues to inspire a new generation of athletes to give it their all and push themselves to the limit. 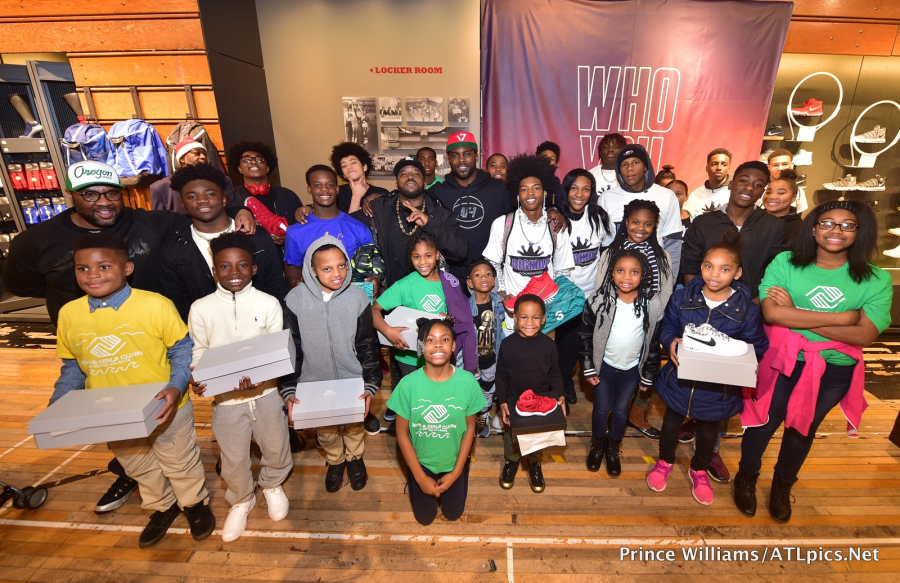 Thank you for supporting the Vick Family Dream Fund, a project of United Charitable, a registered 501c(3) nonprofit organization EIN #20-4286082. In accordance with IRS regulations, your transaction is tax-deductible to the fullest extent permitted by law. United Charitable has exclusive legal control over the assets contributed.